November 25, 2016 in Montgomery Alabama our one-year-old Chipper became an AKC Champion.  He is full of energy, loving. dynamic and super handsome.

PIPER IS A BEAUTIFUL CHAMPION
SHE WAS AWARDED﻿ HER INTERNATIONAL CHAMPIONSHIP IN FEBRUARY, 2013

Tally- Canuck's puppy from her 2009 litter.
A Champion English Creme Golden Retriever in less than a year. 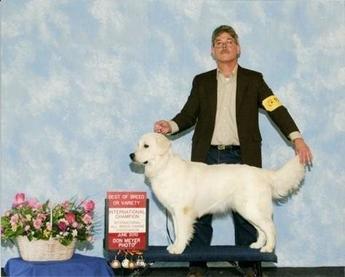 Tiffany- Our current Bichon Frise grandmother in retirement.
No longer breeding, she is a doting and loving grandmother/ great-grandmother. 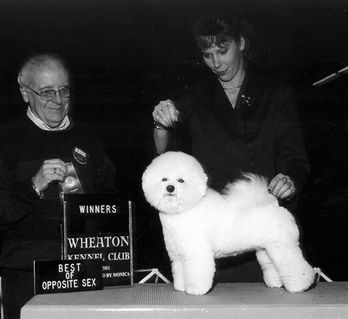